TrimView -addon that'll help you squeeze those fps in Kavala

TrimView -addon that'll help you squeeze those fps in Kavala

There is a contest below, you can win imaginary food.

Those of you who look into discord already know that I made a little addon and that I'm boberro proud of it. It's called TrimView and it is basically push-to-hear but for view distance

The idea is, I don't really like having a decent view distance (never drop below 2000, at least in my personal settings - servers tend to limit it to 1600), but firefights in Kavala, and now in jungles of Tanoa can be deadly at 5fps. Since jumping to video settings on start of every mission that might require lowering view distance is irritating, I created an addon that lets me do it on demand, with single key stroke (Ctrl+End).

How does it look like? Not very spectacular for the jungle of course: 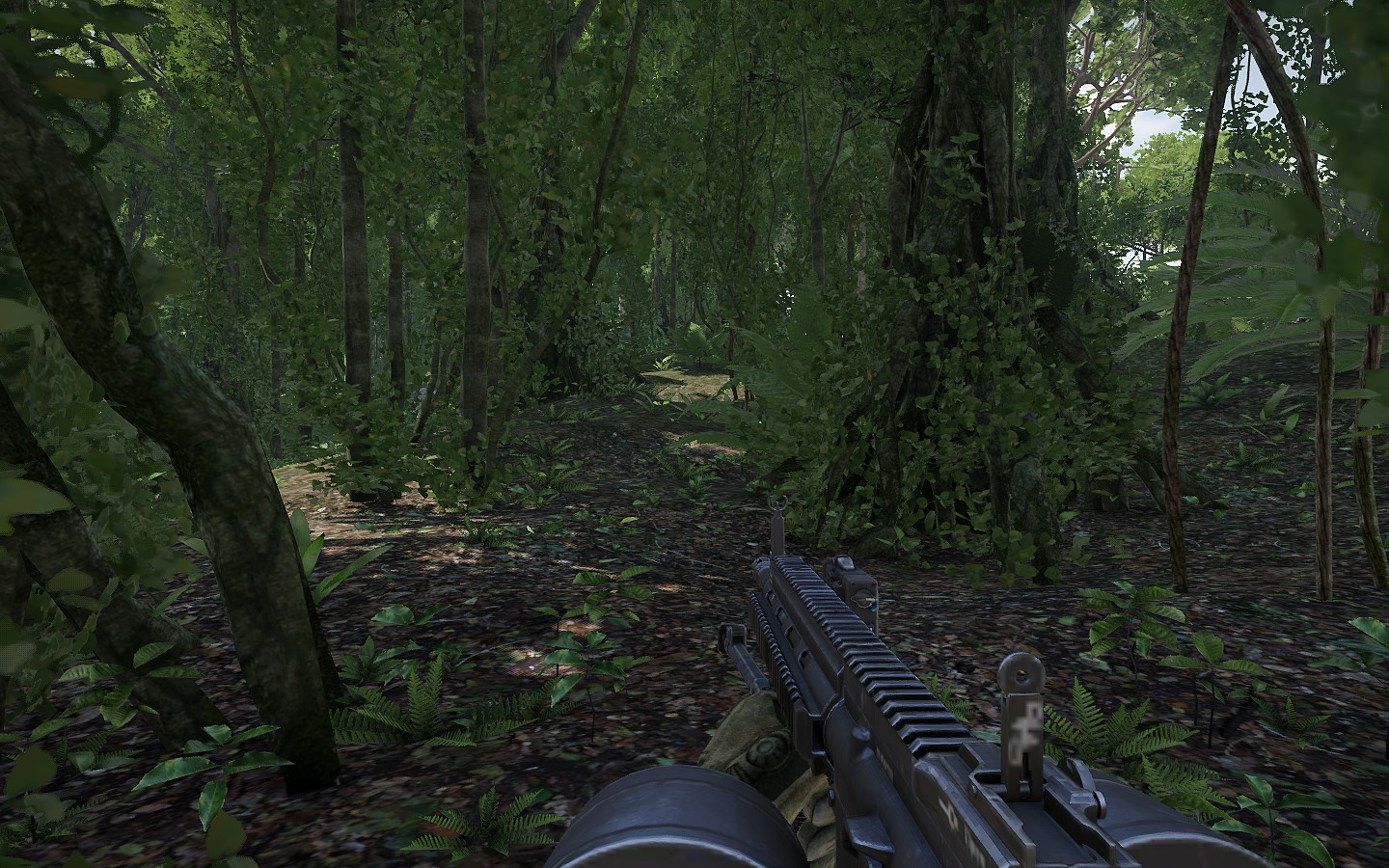 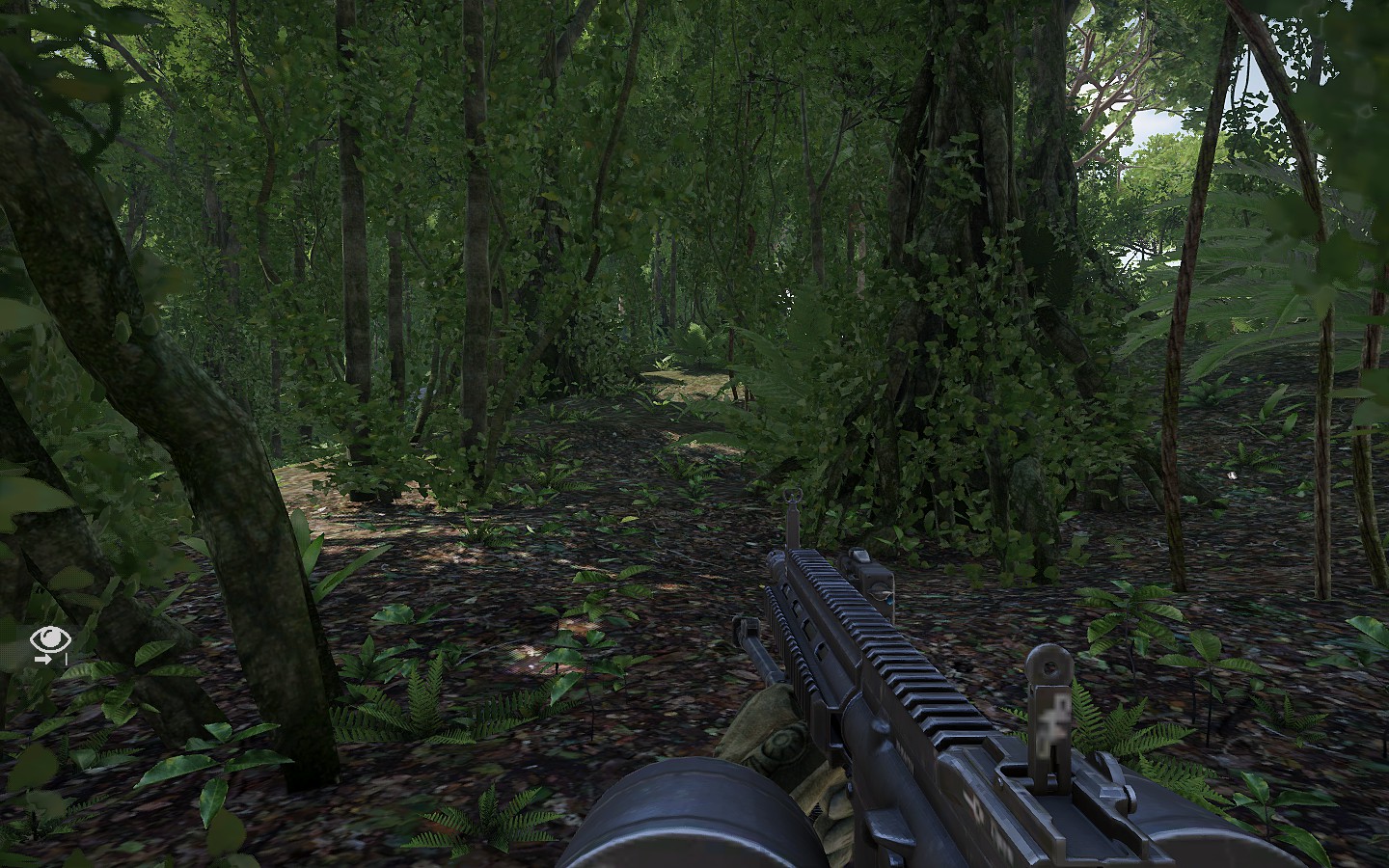 The visual effect is more visible in towns: 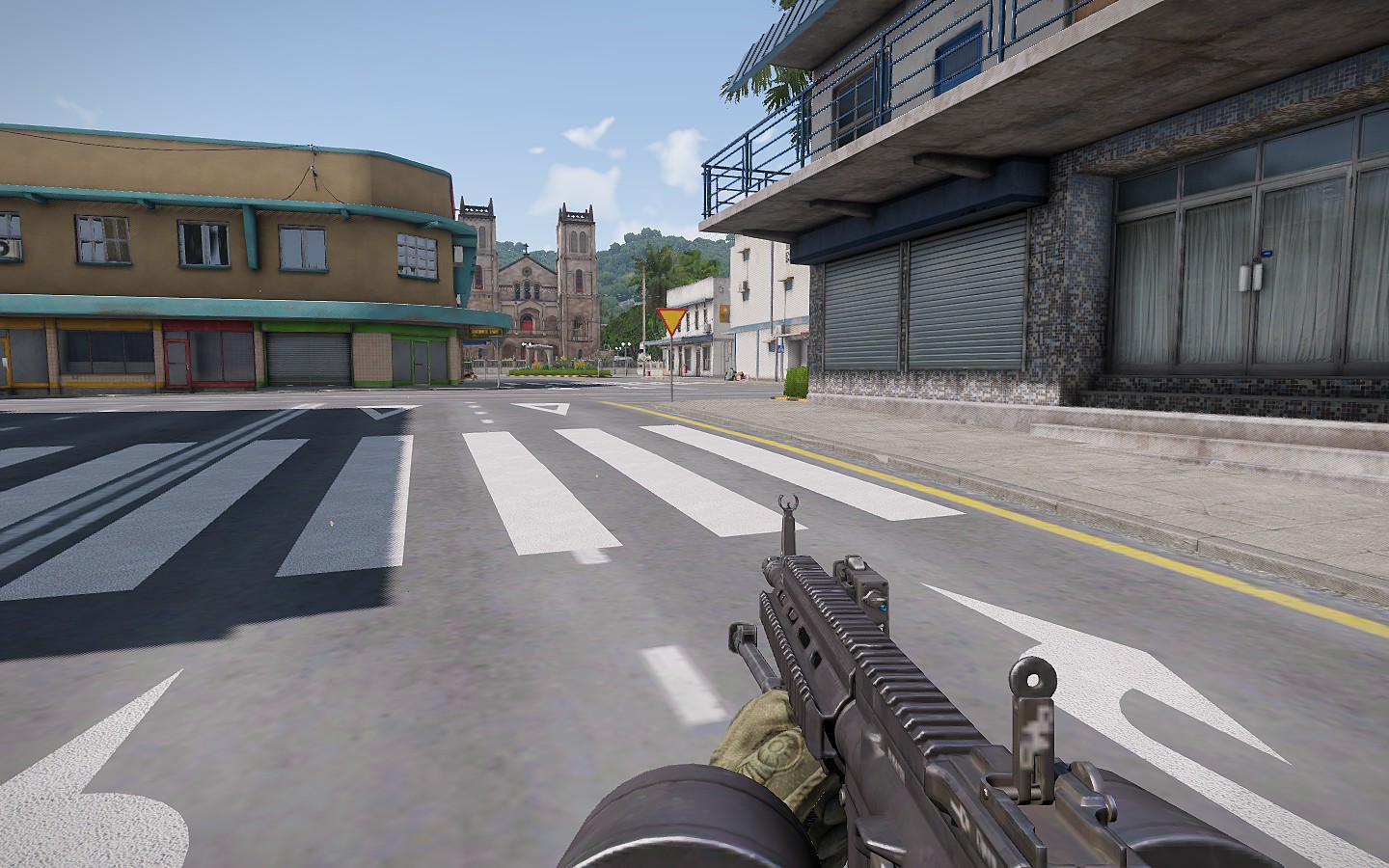 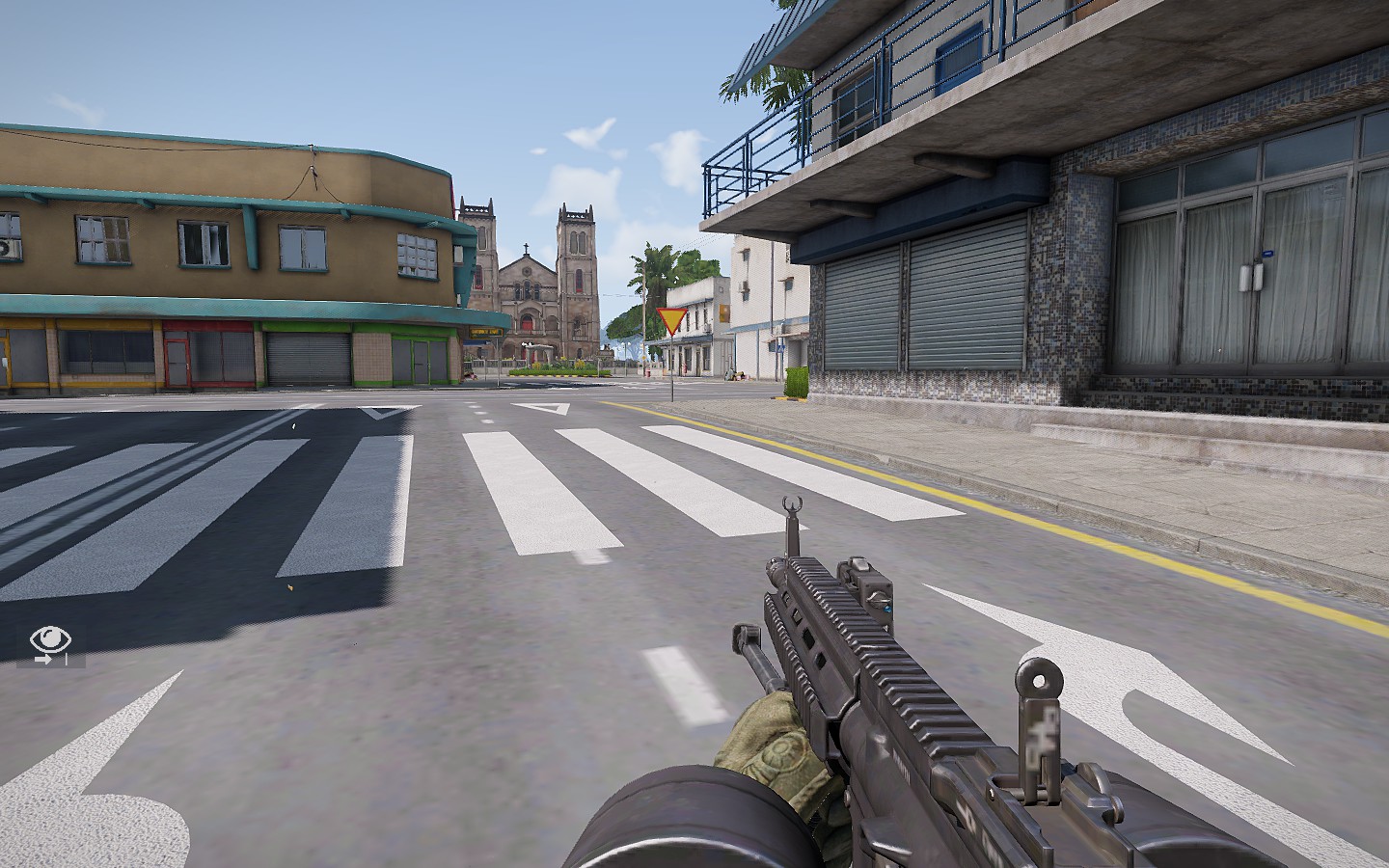 And how effective it is? During my tests, on my setup, it gives me additional 5-10 frames in towns and those parts of jungle that have visible background, and 2-5 frames in dense jungle.

Additionaly to "trim", addon also has "focus" option (Ctrl+Home) that does exact opposite - raises your view distance. Unfortunately bug (relabelled as a feature) does not allow objects to be drawn further than your original "View distance" setting in video options (the top most slider, not objects view distance) but it should still give you this additional few hundred meters of visibility when you scan for targets / contacts: 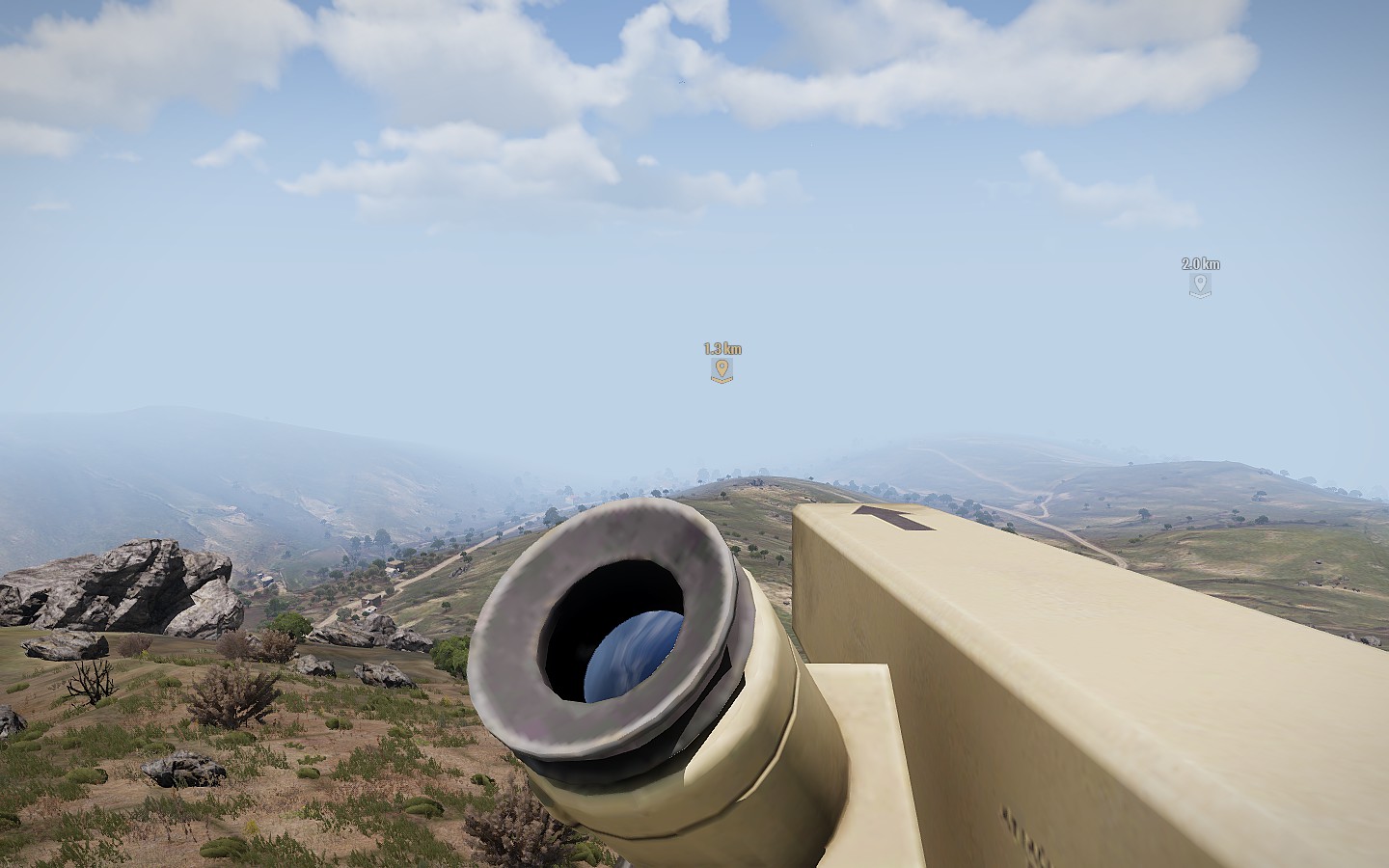 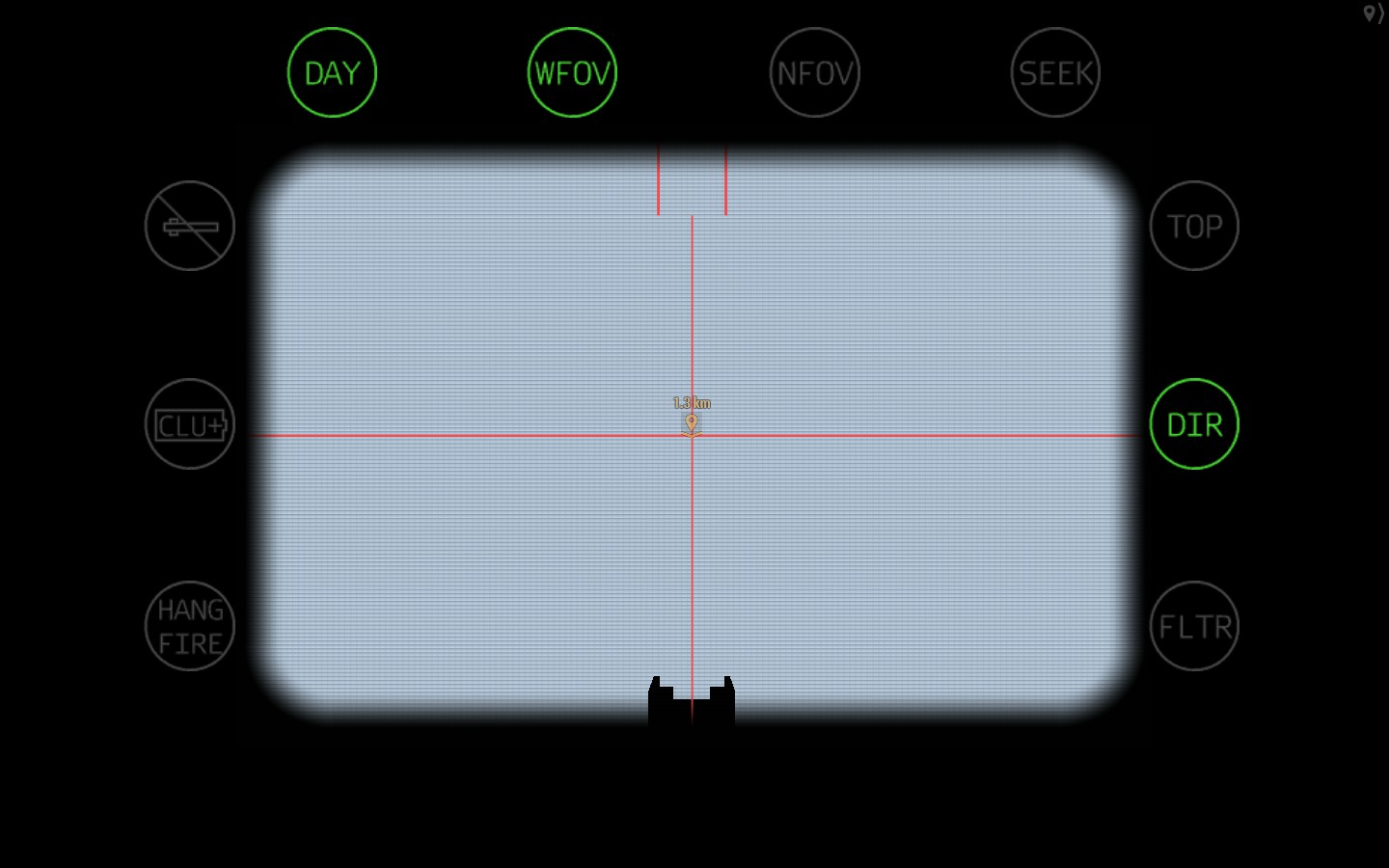 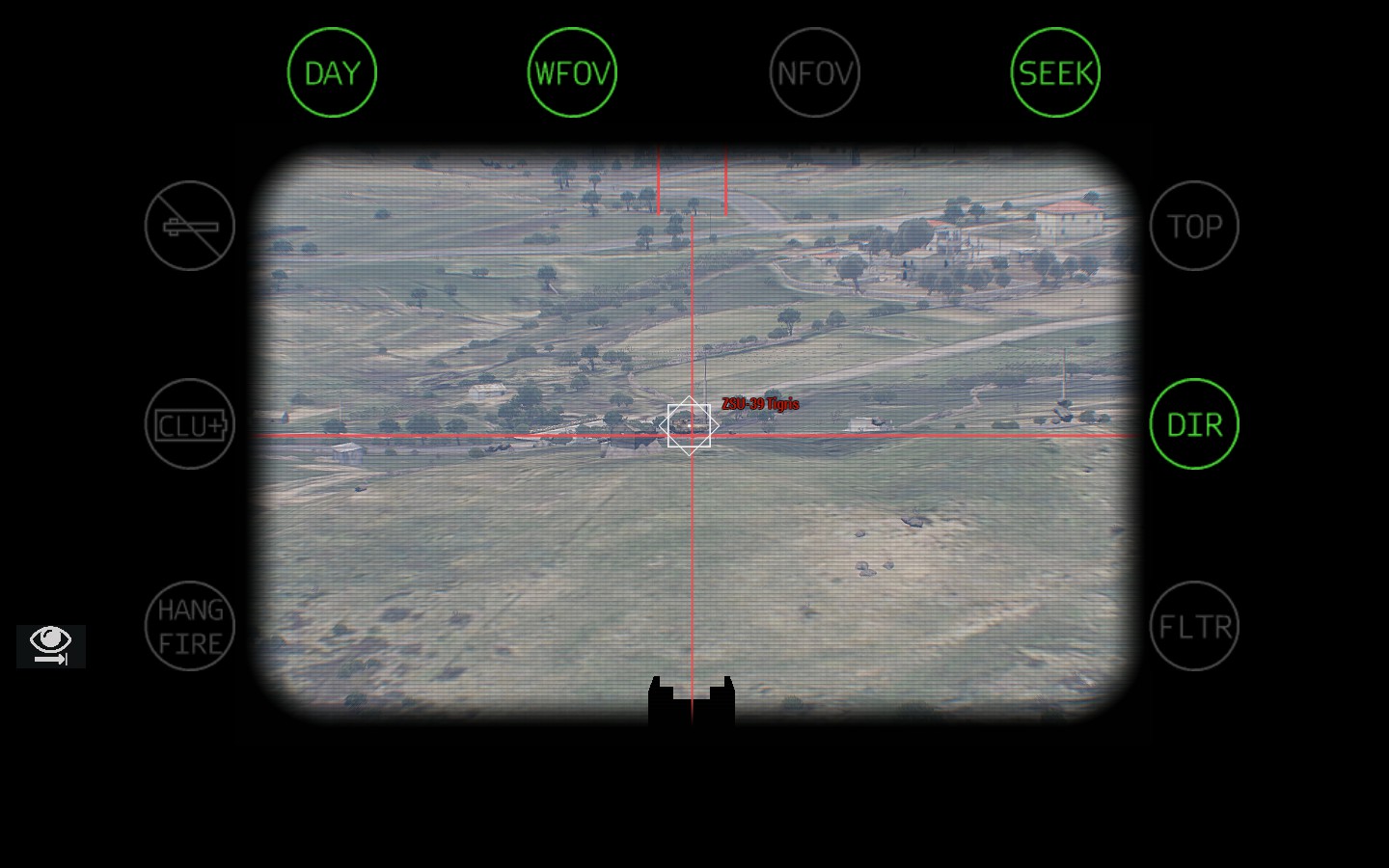 Great! (Or not, I'm not assuming your reaction) Where do I get it?
Latest version would be on my github:
https://github.com/Boberro/arma3-trimview/releases/

I would really like those of you who have fps problems (and everybody else, really) to try it out. You'll be my first test subjects. I'd like to have it tested before I realease it on workshop. And this leads me to another request. You can get points here.

What do I need to do to get additional food rations?
For the Steam Workshop release, I will need a video showcasing the mod. Of course video should have Folk ARPS indentations and stuff, so we can get some publicity while riding on boberro's street cred.
Another thing needed is a cool picture that could work as a logo of the mod (again, on steam workshop). Folk ARPS propaganda is obligatory. It should be similar in size to this one: http://images.akamai.steamusercontent.c ... D2FA67D9E/

I'm looking for downloads at the bottom of the post, instead of downloads section
https://github.com/Boberro/arma3-trimview/releases/
Last edited by boberro on Mon Aug 22, 2016 10:51 pm, edited 1 time in total.
Delete this marker please. You're scaring the tank.
My screenshots are being added using Steam Screenshots Sharing Script™. You'll need Tampermonkey (Chrome) or Greasemonkey (Firefox) On Opera should be good to go..
Top

Re: TrimView -addon that'll help you squeeze those fps in Ka

How do I install it?
Seriously?

You unpack the zip, and copy @bbrr_trimview to main game folder.

When pressing "focus" nothing changes (or changes but not to value I've set up)
There is a bug in Arma, that doesn't allow changing object view distance setting above what is set in view distance parameter of video options. If you have same number set in both view distance and object view distance, you won't even see a difference when "focus" is on.
For "focus" to work you need to have view distance in your video options higher than object view distance.
Delete this marker please. You're scaring the tank.
My screenshots are being added using Steam Screenshots Sharing Script™. You'll need Tampermonkey (Chrome) or Greasemonkey (Firefox) On Opera should be good to go..
Top
Post Reply
2 posts • Page 1 of 1