An awesome 32 comrades showed up today!

We played in and died in: If you want to show your support to the party have a look at our fancy and not at all radioactive 2016 patches!
"Full sails!" - Kefirz
"Don't engage, wait for them to pass the [*rocket launched with wooooosh sound*] bridge... [*boom - rocket hitting the tank*]" -Me, leading an ambush.
For the empire

Mission:Hammer and Anvil
Role: Medic
TL;DR: Do no harm; Did some harm


This is the kind of mission you sign up for. No BS. Just land and "go at 'em boys".
On landing we were bunched up like stack of sardine tin cans. We were in relative safey to begin with, however, as medic I did feel we were one grenade/ rpg away from Lost Limb City and I had not brought my super glue.

As medic, I paid very little attention to the plan and apparently as a late recruit I was unable to see any of the map markers. As such, I had no freaking idea what was going on. But again, that's ok. I Just to followed the screams of terror.

Against better judgement I closely followed our SL Netkev. I was promised "witty banter" but frankly, it was just banter. Tuesday night bingo with your gran banter. Shit banter.

In any case, we took the enemy bunkers which defended the main "mother base". Once they were cleared we moved on to clearing that out too.
30+ Grunts man, we had no real problems. 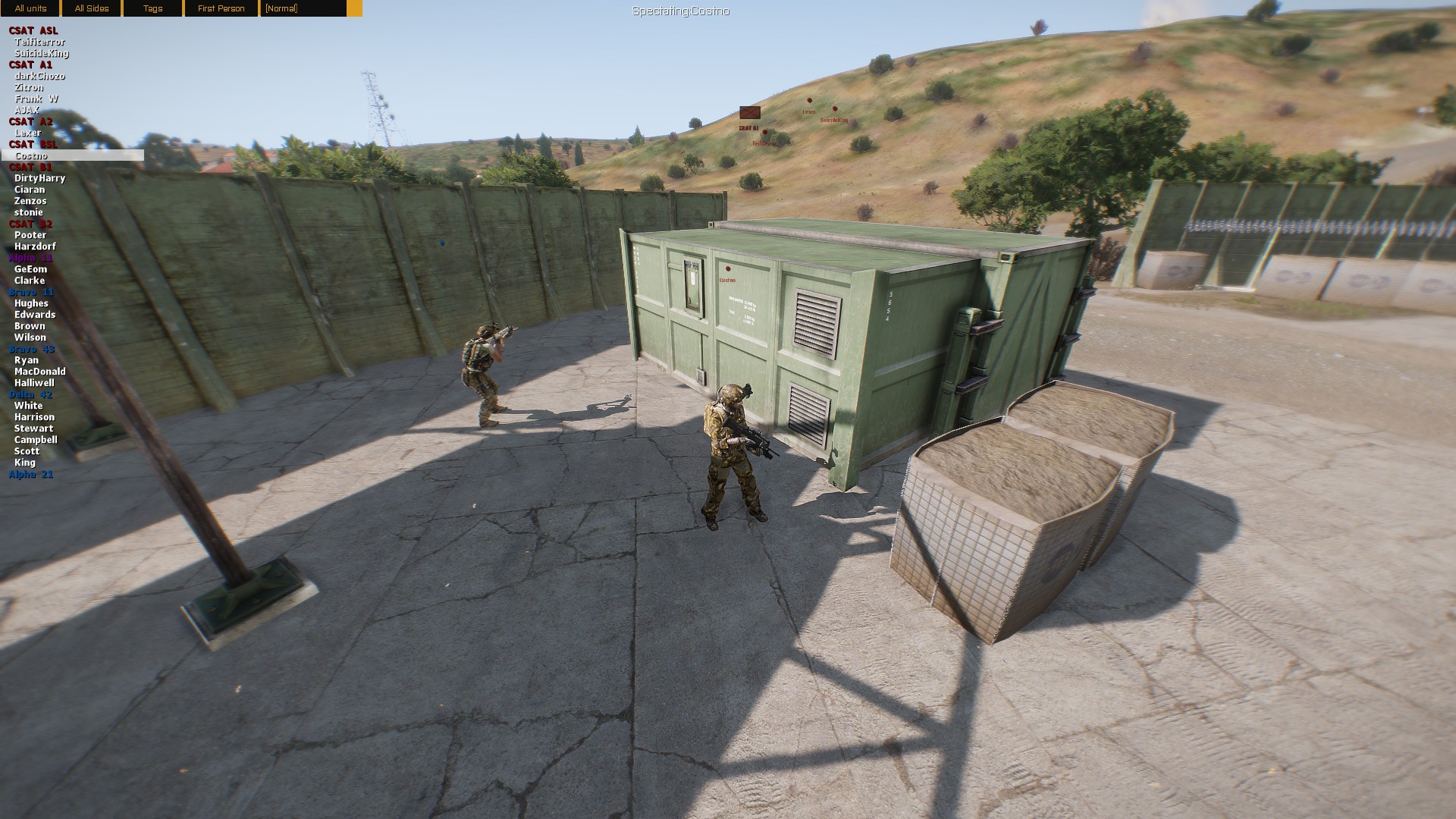 Just to clarify. I knew he was there. I thought we were NATO. And then he started shooting around me. I still thought he was a friendly, and I assumed it was Shado' trying to annoy me. So I shot him. It wasn't until after I shot him that I remembered that we were CSAT, fighting NATO.
FTL - "So...? Do we have any plan?"
SL - "We react to contact"
FTL - "...shit"

Costno wrote:I thought we were NATO.

Special Forces Training Ground
I managed to kill someone at 500m with a Mk20C.

(it's been a month since the session and this is like the only thing I remember)
Signature, noun; a person's name written in a distinctive way as a form of identification in authorizing a cheque or document or concluding a letter.
Top

Tea Time
The beginning of this one has been very cinematic.

also rest of the mission: